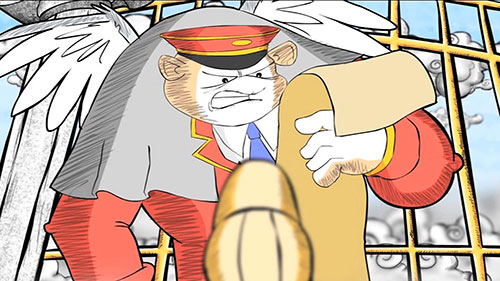 The Dream of Edward Shears
SSE

‘The Dream of Edward Shears’ is one of five animations that were created for SSE to educate and engage SSE’s driving workforce. ‘Edward Shears’ combines the rhyming prose of a Dr. Suess story with the quirky illustrations of Tim Burton to create a tale about the pitfalls of not undertaking driving as task.

The other films in the series, two of which can be viewed below, focussed on unsafe driving practices; safety precautions; and the ramifications of not adhering to driving rules and regulations.

The resource, named ‘The Road to Safer Driving’, was subsequently adopted and adapted for BMW’s fleet service, Alphabet, and confectionary manufacturer, Ferrero.

The Family Down The Street: